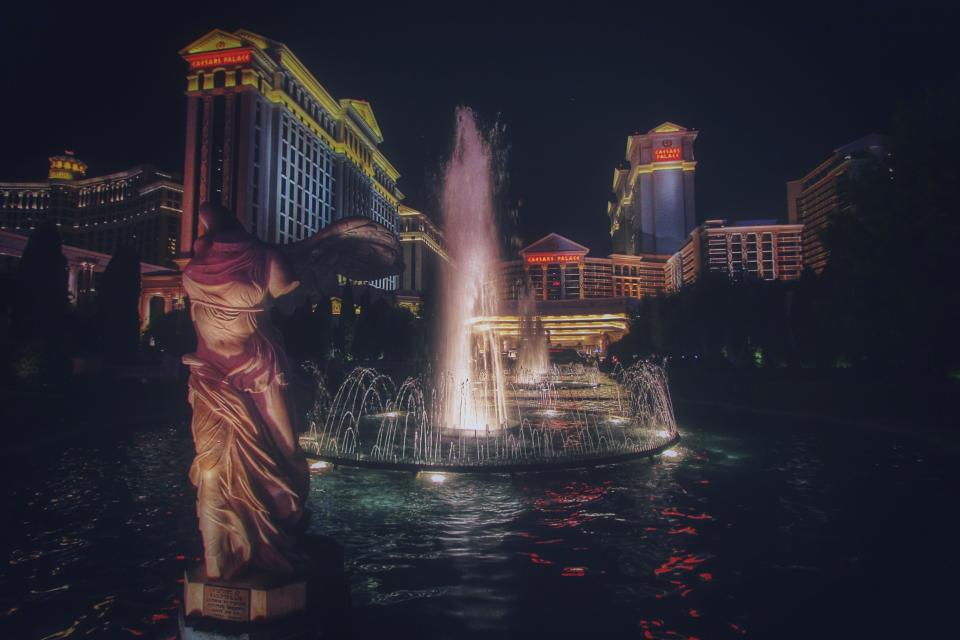 Continuing the series about the state of Nevada, let’s start with the Southern part. The beginning part of all of this with fun facts about the state in general can be found at Nevada: The Start

So, what’s in Southern Nevada?

What else? Not much, to be honest.

First thing to know for visitors: Las Vegas is almost TEN HOURS by car away from the other big cities of Reno and Carson City. A lot of people assume they are close and then get upset when they look at a map and figure out they are at opposite ends of a very large state. If you visit, plan on one big city at a time or including extra days for driving time. There are nonstop flights from Vegas to Reno if you don’t want to drive. There is no public transportation between the two.

The south is the driest, hottest, rockiest part of the state. More like the stereotypical image of desert that everyone pictures when they hear the word. Sand, heat that shimmers in the air, no trees but cactus and a few hardy bushes, not much water. It’s all there, and aside from Las Vegas and a few sunblasted towns sitting along the highways to Las Vegas that’s ALL that’s there.

the road into Valley of Fire State park, courtesy Stocksnap.io

Things to do in Southern Nevada:

Bring lots of water and never, ever (and I really mean this) leave your car for a long look around without bringing water and some sort of map. You might think you’re just going to hike to the top of the hill to see the view, snap some pictures for Instagram, and you’ll head right back. That’s how people get turned around, can’t find the car, and die of heat exposure and dehydration. It happens, even in this era of modern cell phones and Google maps. Please if you go visit keep full water bottles in your car, keep the car in sight unless you know where you’re going, and take the water bottles with you everywhere.

Some cities and attractions in the South part of Nevada:

Las Vegas: (here is the Visitor’s Authority website) Tourist destination with internationally famous Hotel/Casinos, shows, attractions, shopping, food, and pretty much anything else you could want. There is a surprising amount of outdoor activity available here that you might no know about, including the Valley of Fire state park and camping (an hour North of town.)

Laughlin: the furthest South city in the state, with attractions like Hoover Dam, casinos, hotels, shopping, the Colorado River and lots of recreational activities. It’s practically part of Arizona.

Seven Magic Mountains: Some Swiss guy decided to drop 25 foot towers of rocks in the desert 10 miles South of Las Vegas and paint them bright colors. The result is pretty striking, worth a look if you’re headed that way. Website here

Beatty: Tiny little desert town a few hours North of Las Vegas on highway 95. Their fame comes from the ghost town of Rhyolite and the Goldwell Open Air Museum. They’re also just a few hours away from Death Valley National Park when you approach it from the East.

Caliente: on highway 93 in the Southeastern part of the state. A lot of people use it as a rest stop between Ely and Las Vegas when they drive down. It’s still a busy train station for the Union Pacific railroad, if you’re interested in trains.

Looking down at the town of Caliente. Photo courtesy Exploring Nevada.com

Pioche: Half an hour North of Caliente on highway 93 is Pioche. Like most of the other towns it started life as a mining camp in the Wild West era of the state. They have a neat historical museum and lots of outdoor recreation around the town. It’s up in a small mountain range at at 6,000 feet elevation too, which keeps it cooler than most of the Southern desert part.

Goldfield: You guessed it, another mining town, on highway 95 close to Tonopah. Point of interest: The International Car Forest of the Last Church, just east of Goldfield. Basically it’s forty cars/trucks/buses, buried nose deep in the sand and painted with different murals. Here’s some information on it from Atlas Obscura

Tonopah: Roughly halfway between Reno and Las Vegas on highway 95. There are hotels and restaurants for you to stock up and rest on the drive. Like everywhere else Tonopah started as a mining town and has a mining museum. Far outside Tonopah is the military test range where they try out big bombs and see what happens. Area 51 is also out there off of highway 95 somewhere, but for what it’s worth I’ve never seen even the hint of an alien. Possibly they all moved to Tonopah. For outdoor people the Toiyabe mountains, Big Smoky Valley and Arc Dome Wilderness are also close.

Looking at Tonopah from the hills. Photo courtesy Exploring Nevada.com