This is a Top Ten Tuesday post, and it’s all about the trip down memory lane. It sounds strange at first to think a book, dead leaves stuffed full of words, could come with a strong sensory memory attached to anything other than your eyes. But if you think about it, a lot of different things combine to be part of the reading experience. Where you were, what you were going through at the time, your environment, even what you were eating.

Most of my book sensory memories are about food. Blame my Hufflepuff nature. And totally feel free to blame this list if you’re feeling the urge to go snack after you read it. 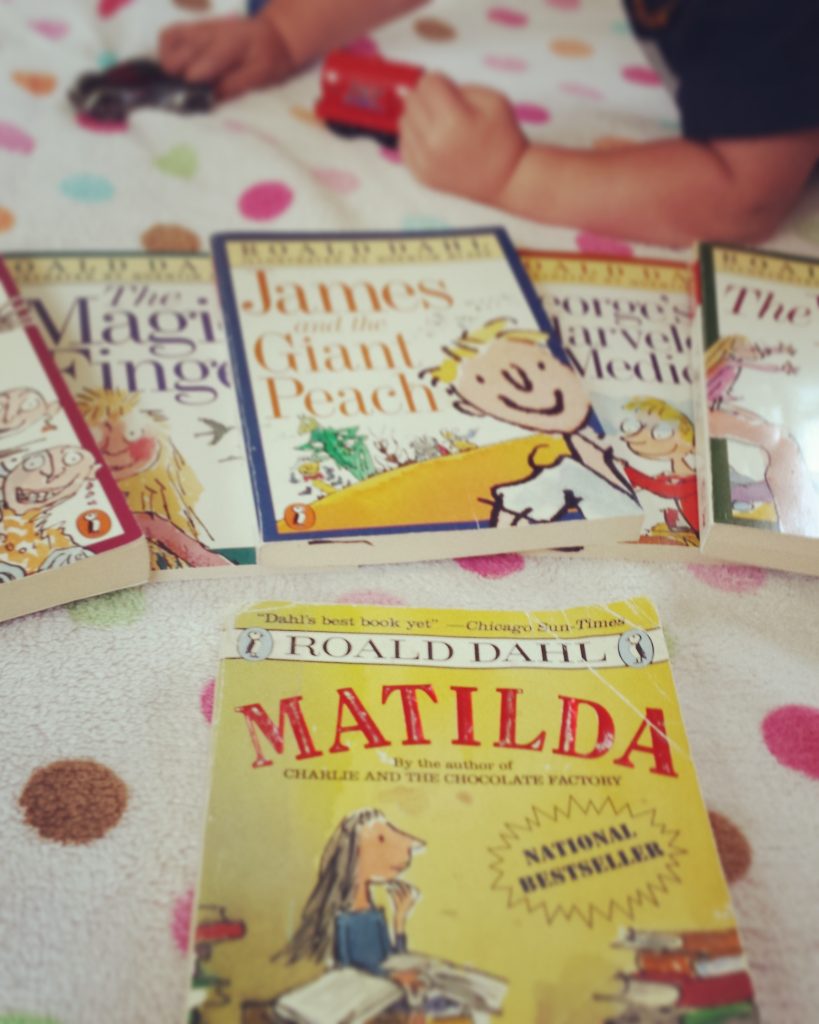 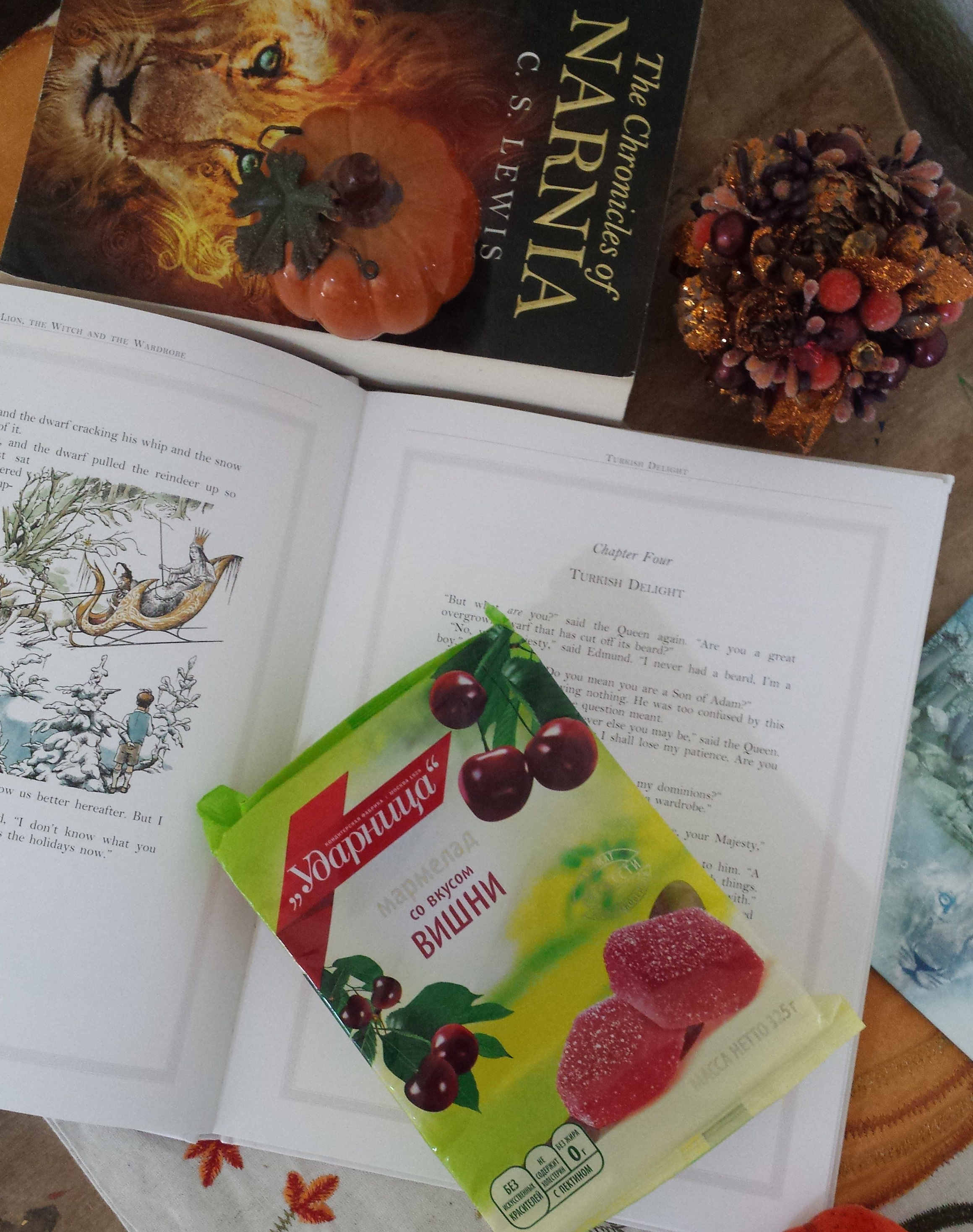 Reading this book when I was younger, I always wanted to try some Turkish Delight. Some magic hot chocolate would be a nice second choice. The wish was deferred for many years, but my cousin recently moved to New York City and, because she is a wonderful person, she sent me some from a Turkish market. And you know what? It’s delicious. Not sell-out-your-siblings-to-certain-death yummy, but really very tasty. 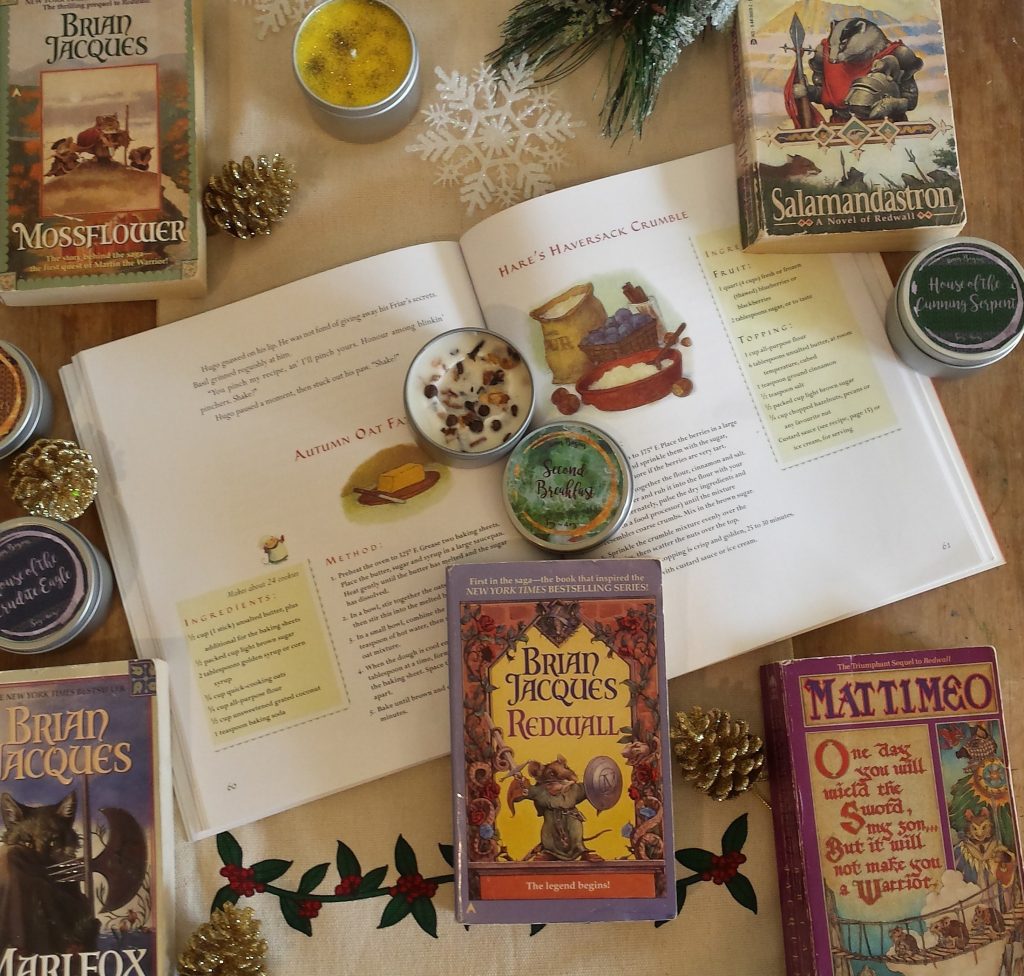 I defy anyone to read a Brian Jacques book and not feel hungry at the end of it. Probably 40% of the books are deliciously detailed descriptions of epic feasts. Who could blame me for buying the Redwall Cookbook? The recipes are vegetarian, and all pretty great. Rock cakes! Trifle! Tea bread! Cheese and onion traybake! I feel so British when I use this cookbook. 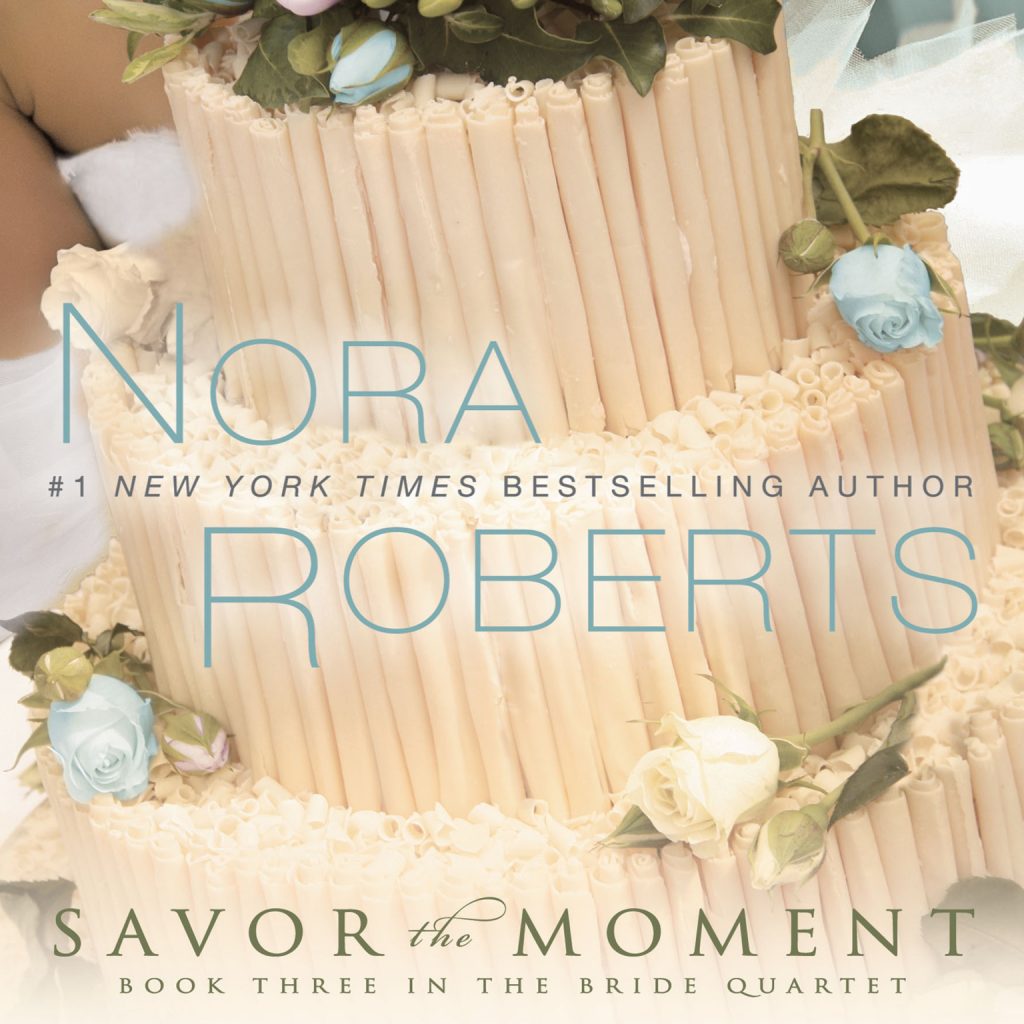 I mean. Look at that cover. And the main character, Laurel, is a pastry chef. Descriptions of her cakes are a huge part of the book. By the end of it, I’m fighting the urge to head for the nearest bakery. 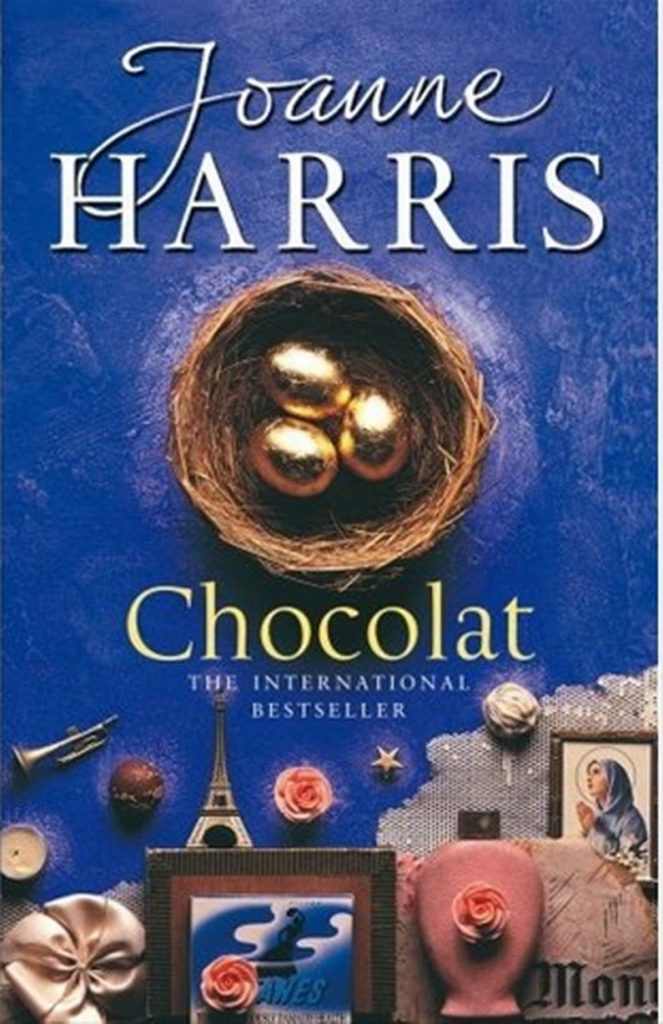 Again, luscious depictions of chocolate making and chocolate. This list may have been a mistake. Now I want a snack, but I can’t decide which book-themed treat to make.

Here are five more books with sensory memories *other* than food, because I’m making myself too hungry!

6. Harry Potter and the Goblet of Fire, J.K. Rowling 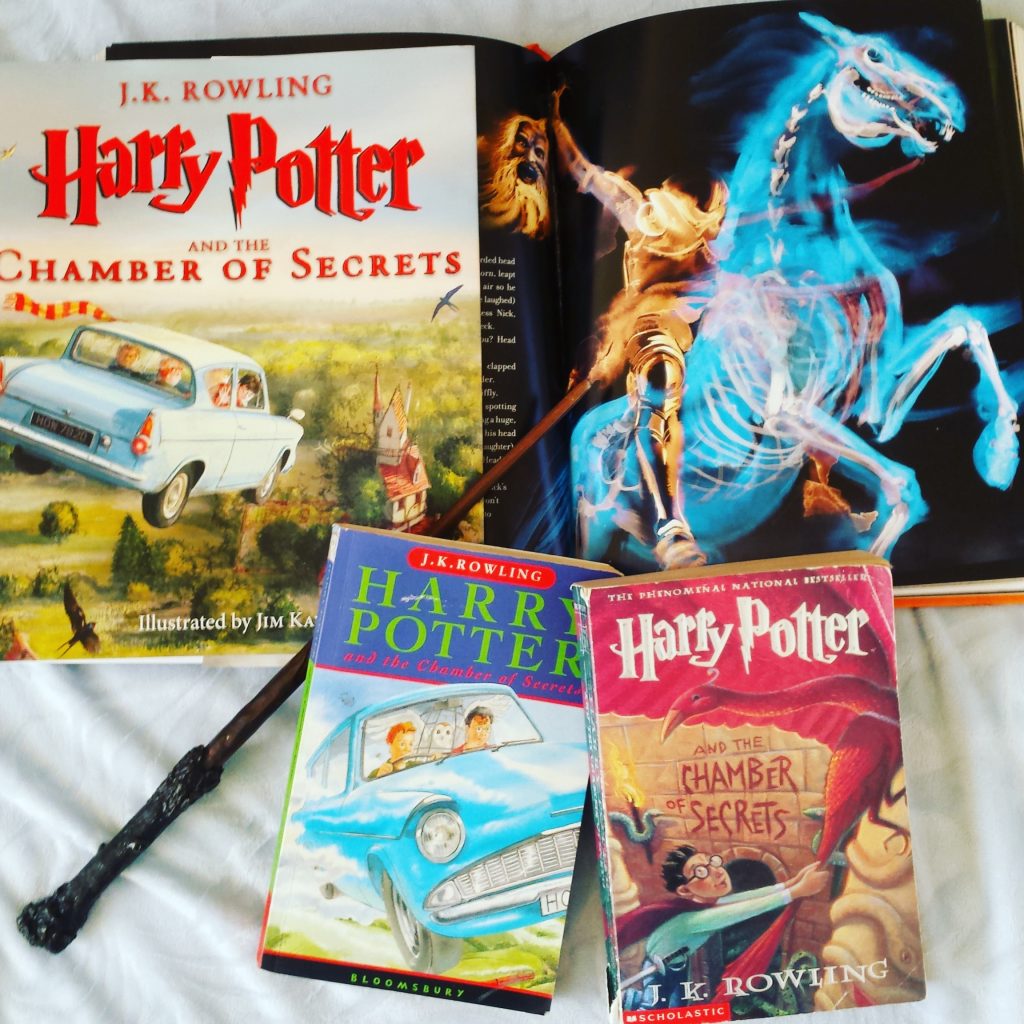 Pretty much all of the Harry Potter books come with some sort of memory attached for me. I was the same age as Harry when the first book came out, and I grew up pretty much with him and the Golden Trio. The best memory for me is when the fourth book came out, in 2000. (Wait, eighteen years ago? Really eighteen years? *sobs*) I got the hardback just before a big family trip. I read the book on the whole five-hour drive down to the beach, sat in the car reading while the rest of the family swam in the ocean, and read the entire way back home. I think I tore through the entire thing in a bit less than two days.

7. My True Love Gave to Me, Stephanie Perkins 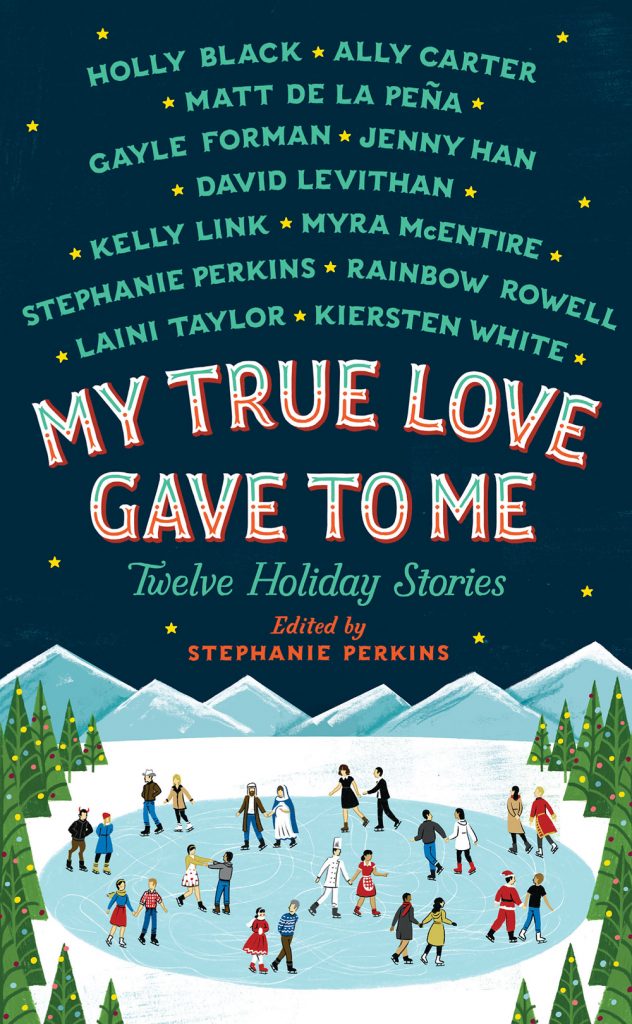 I saw this book all over #bookstagram and bought it to see what the hype was about. As a short story collection it’s pretty great, but my favorite part was the soft, smooth cover! I didn’t know about this new publishing trend for paperbacks, so it was a complete surprise when I took it out of the box and felt the cover. To be brutally honest, I sat there and petted the book for an embarrassingly long time. 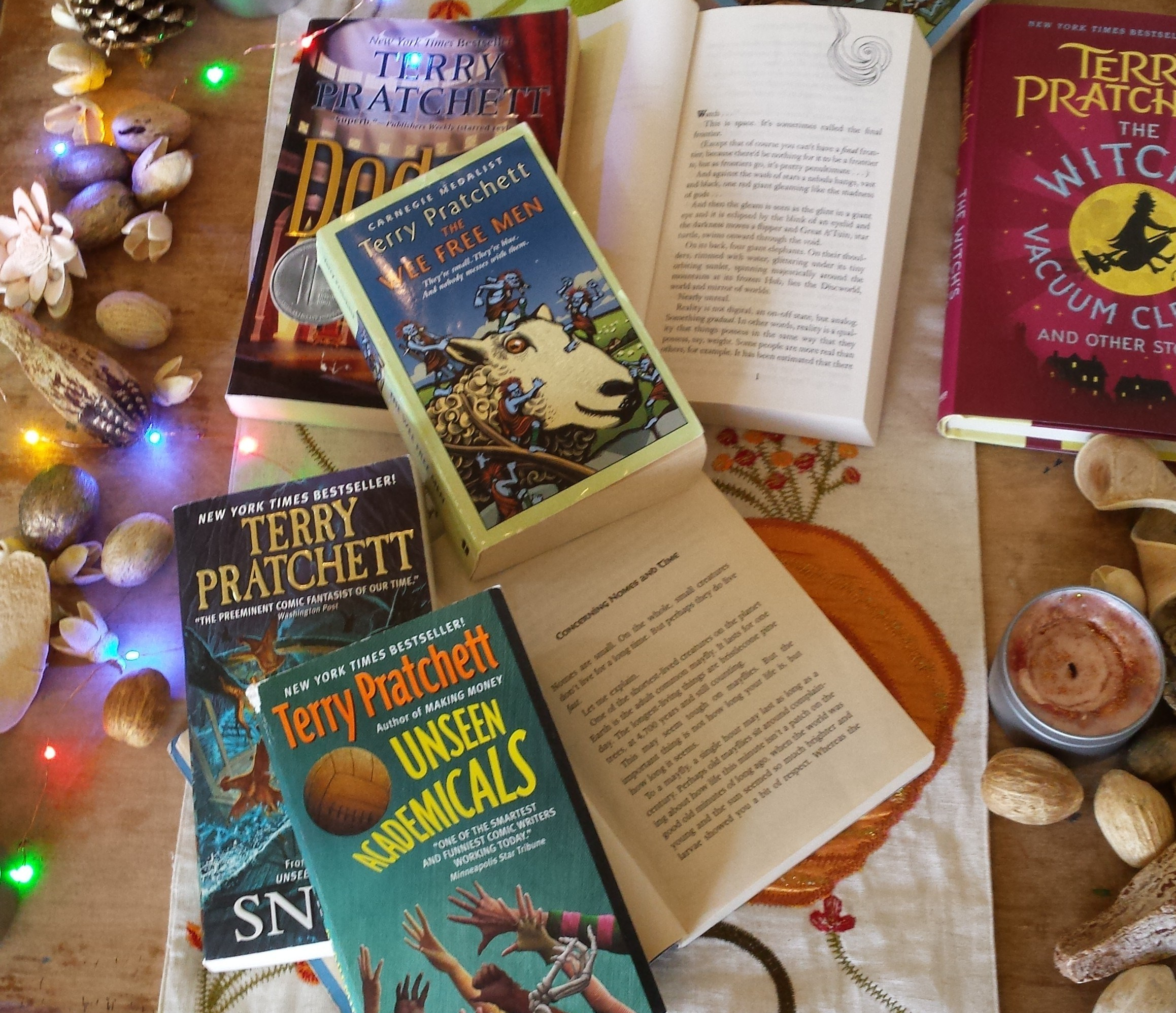 One of the first Terry Pratchett books I read, and the one that introduced me to how hard it is to read his books in public without snort-laughing and attracting odd looks. For some reason the description of Tiffany wanging a river monster with an iron skillet made me laugh so hard I teared up. 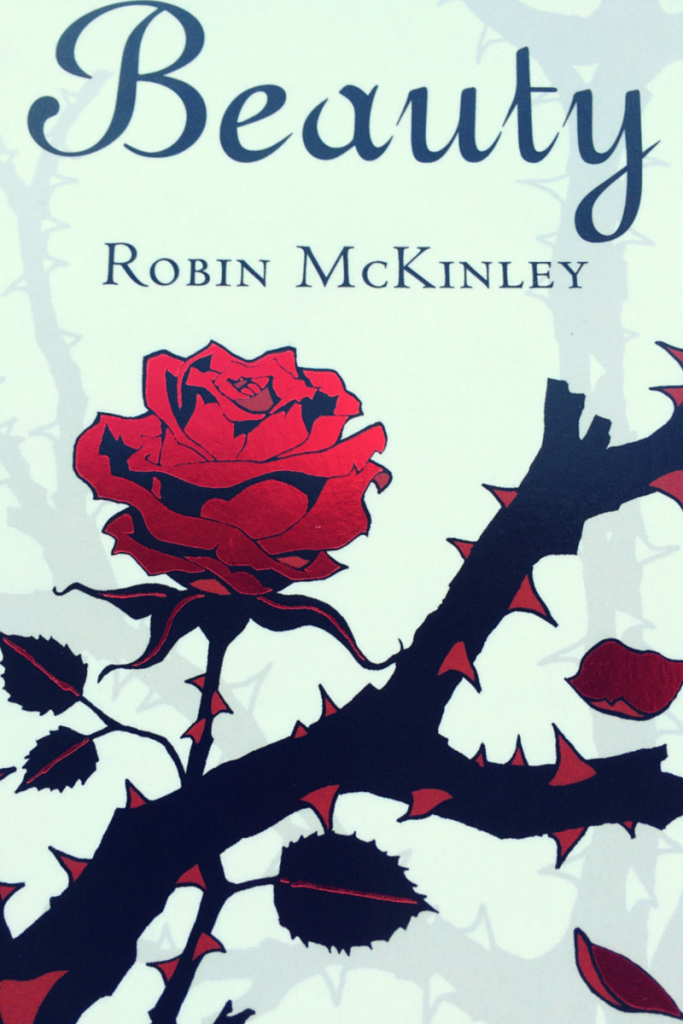 Surprising absolutely no one at all, I was a huge booknerd as a teen. Robin McKinley is one of my favorite authors, and I used to sneak her books in my backpack to school. When we were supposed to be working in class I would read this book under my desk. Beauty hold the honor of being the book my biology teacher winged across the room after she’d asked me to stop reading four or five times. True story. (No books were harmed. She made sure it landed safely on her desk. She did throw it, though.) 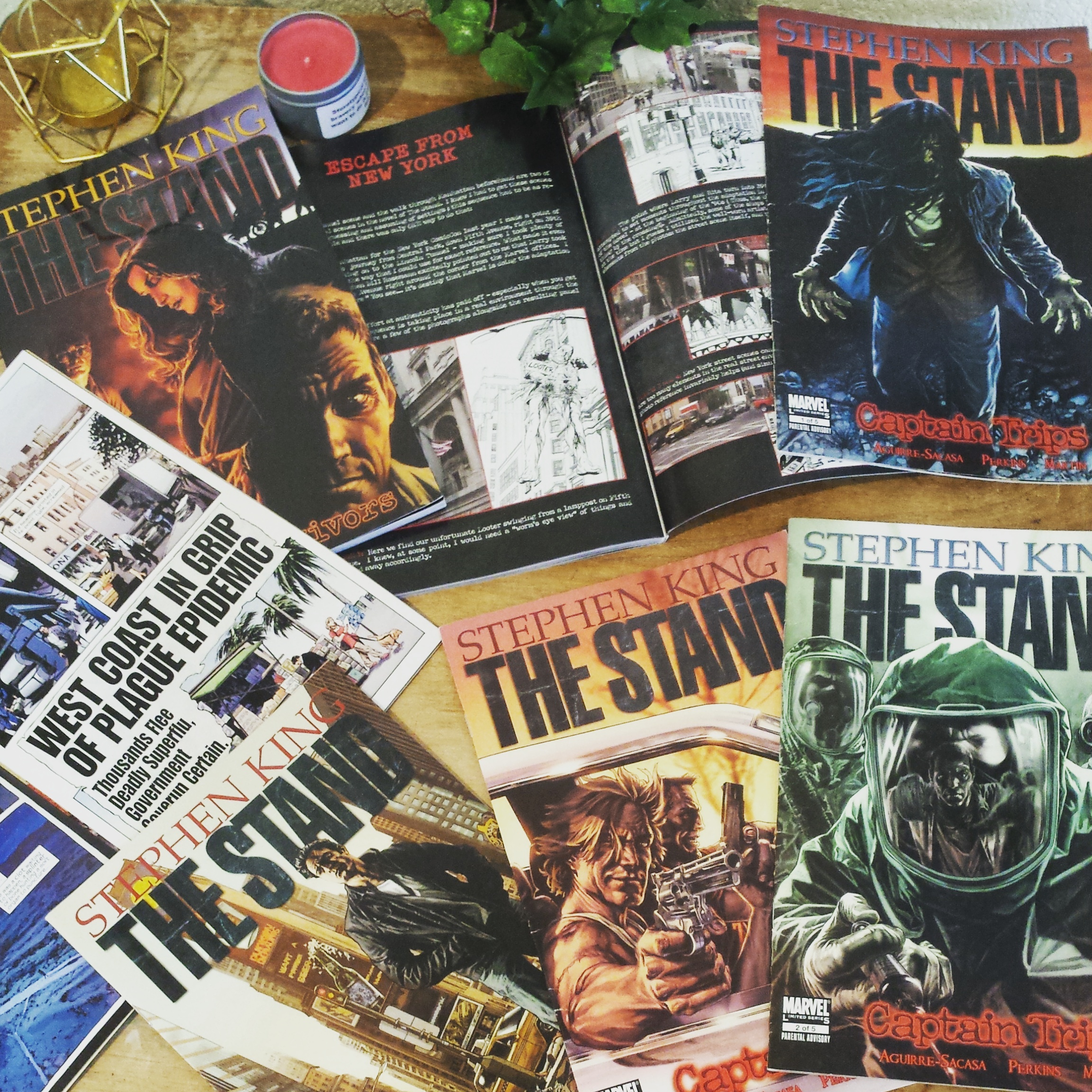 My top favorite Stephen King book. It’s one of the only books that has ever given me a physical reaction to reading. My stomach clenched, my hands were sweaty, I was anxious and nervous through the whole 1,000 pages. A tickle in my nose made me sneeze around the halfway point in the book, and I nearly had a heart attack thinking I had Captain Trips. Basically you should go read this book immediately, so you too can have an anxiety attack the next time your allergies act up.

My first Pratchett was Going Postal – and Moist is still one of my favorite Discworld books. 🙂

Check out my TTT and my current giveaway

I’m a Sam Vimes girl myself, but Moist is hilarious. The commentary about hope in Going Postal has stayed with me for years. Thanks for letting me know about your giveaway!

Ahh I love this post so much (and your photos are gorgeous!) Books that can make us hungry are equally amazing AND cruel. ?I definitely was craving Turkish Delight as a kid (kind of still now?!) and ohh I want to read a Stephen King someday. Like I haven’t been properly terrified by a book since I was about 12…and I want to be?! I’m so weird.?

I’m sorry for spreading the craving for this strange sweet! Haha. And yes! Stephen King is a must if you want to be properly scared. One of his classics like ‘Salem’s Lot or The Shining are great to start with. Or his short stories, they’re just as creepy but take less time.

Loving your comments on these books. Matilda is very special to me.

I’ve always loved Dahl books. Something about his brand of crazy is just my thing.