Top Ten Tuesday: Hidden Gems You Need in Your Life

HomeTop Ten Tuesday: Hidden Gems You Need in Your Life 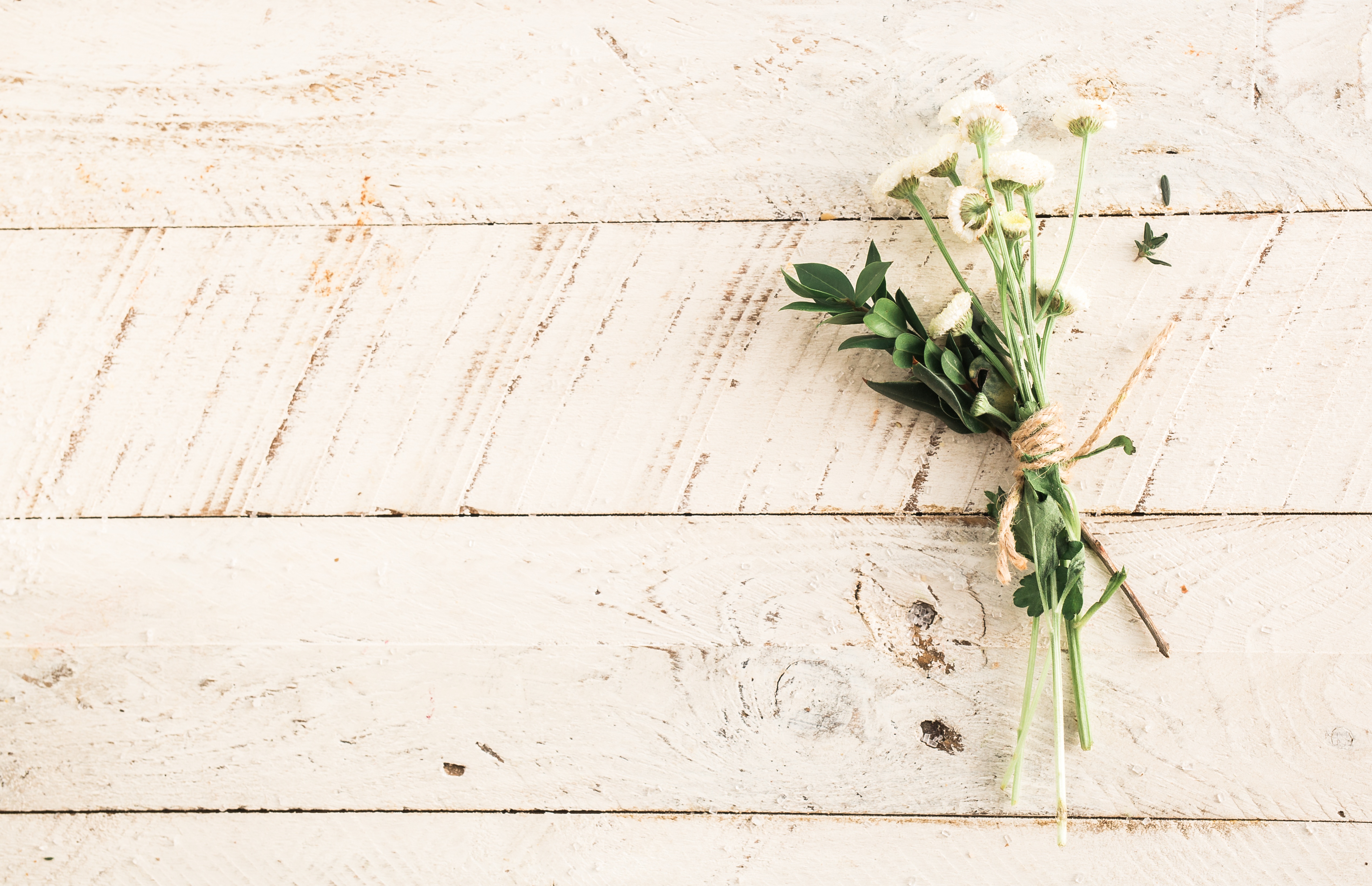 I have a soft spot for these six lovelies. Some of them are older and therefore mostly forgotten, what with all the shiny new stuff coming out every year. A few are newer, but might not have had the best marketing. Whatever the reason, they’re the underdog and we all know I’m a complete sucker for the underdog.

(Book descriptions come from Goodreads and let’s face it, I’m totally trying to suck you into reading them) 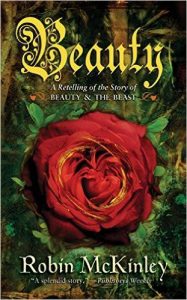 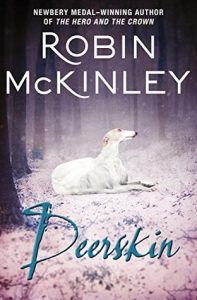 –Of course this is a straight Beauty and the Beast, so zero plot surprises here. But this is Robin McKinley we’re talking about and she is one of the best, so her retellings are always worth a read. I particularly like how McKinley doesn’t use the “evil sisters and dad” trope here. They absolutely adore their sister, the baby of the family, and it’s terrible when they’re forced to let her go. Give this a try for that new aspect, if nothing else.

“As Princess Lissla Lissar reaches womanhood, it is clear to all the kingdom that in her beauty she is the image of her dead mother, the queen. But this likeness forces her to flee from her father’s lust and madness; and in the pain and horror of that flight she forgets who she is and what it is she flees from: forgets almost everything but the love and loyalty of her dog, Ash, who accompanies her . . . “

–A retelling of the fairytale Coat of Many Colors/Donkeyskin (the Perrault tale), and this is the Grimm brother’s version. No happy Disney fade to black here. It’s such a powerful look at what it takes to heal and find hope again. It’s uncomfortable and emotional and hopeful and magic, all at once. I would give it a trigger-warning for the sexual violence. Although it isn’t graphically described, it’s plain enough what happens. Definitely dark fantasy. 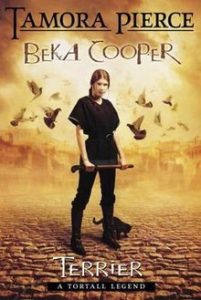 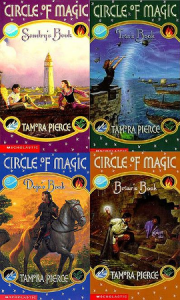 “Hundreds of years before Alanna first drew her sword in Tamora Pierce’s memorable debut, Alanna: The First Adventure, Tortall had a heroine named Beka Cooper – a fierce young woman who fights crime in a world of magic. Beka Cooper is a rookie with the law-enforcing Provost’s Guard, commonly known as “the Provost’s Dogs,” in Corus, the capital city of Tortall. This is the beginning of her story, her legend, and her legacy….”

–Beka is fierce, driven, strong, smart, tough, has a hero complex, and is way too proud for her own good. So, a normal Pierce heroine, in other words. As always, Pierce imagines a place so real you can not only see it, you can smell, touch, and taste it too. If you haven’t read any Tamora Pierce yet, I won’t judge, but I will be over here silently thinking you really, really should.

“With her gift of weaving silk thread and creating light, Sandry is brought to the Winding Circle community. There she meets Briar, a former thief who has a way with plants; Daja, an outcast gifted at metalcraft; and Tris, whose connection with the weather unsettles everyone, including herself. At Winding Circle, the four misfits are taught how to use their magic – and to trust one another. But then disaster strikes their new home. Can Sandry weave together four kinds of magical power and save herself, her friends, and the one place where they’ve ever been accepted?”

–Not one, but four unique, richly imagined characters for you to love. These are more middle grade books, but don’t let that put you off. There are plenty of adult themes to deal with as they learn how to control power that could kill them off if they get it wrong. 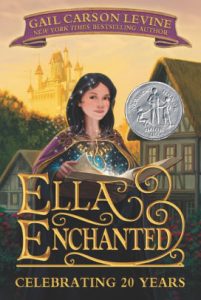 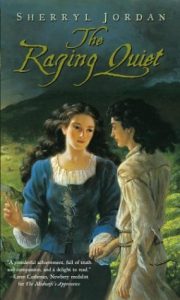 “Gail Carson Levine’s examination of traditional female roles in fairy tales takes some satisfying twists and deviations from the original Cinderella tale. Ella is bound by obedience against her will, and takes matters in her own hands with ambition and verve. Her relationship with the prince is balanced and based on humor and mutual respect; in fact, it is she who ultimately rescues him. Ella Enchanted has won many well-deserved awards, including a Newbery Honor.”

–What else is there to say? Go read about Ella. You will fall in love with her snarky, stubborn, disobedient self. Let’s all pretend together that the terrible movie adaptation never happened, okay. If we all do it, maybe it will go away.

“A newcomer to the tiny village of Tocurra befriends a young man whose deafness has left him isolated from his fellow villagers. Marnie and Raver learn to communicate through a series of hand gestures, but when a death shakes the village, their special, silent bond causes the two to fall under suspicion of witchcraft . . . “

–For a YA book, this pulls no punches. Marnie and Raver’s story is set in that period of history when witchcraft meant an ugly death . Raver suffers daily beatings for his “demons”. Marnie . . . has a lot ahead of her before she can consider a happy ending. But their deep empathy for each other makes this story beautiful.

Aw, remembering Ella Enchanted just made my heart so happy (except for when I think of the movie, ugh). I can still remember everything about reading this book way back in elementary school with my friends, and loving how sassy and brave and wonderful Ella was. You totally made my night by bringing back all these happy thoughts!

Yas! I’ll pretend the movie never happened if you will 🙂

"The spirit is ready and willing, but the flesh is

It's my other favorite day of the week, #WeirdRoma

Happy #TropeTuesday I'm coming in with a classic

#StepbackSaturdayReveal It was Memoirs of a Scand

A lovely little peekaboo back for your #StepbackSa