Friday Favorites Will Set You Up on a Date*

HomeFriday Favorites Will Set You Up on a Date*

* A virtual date, with a fictional character. I mean date in the metaphorical sense here.

Sorry. Didn’t want to get your hopes up to Match.com standards here. Look, I can barely people on the best days and setting other humans up with dates is WAY out of my skillset. I’m incredibly lucky to have a man who not only gets but encourages my crazy. (Give a mechanic a shot, they make pretty awesome partners, is my best real-life advice.)

Friday Favorites is my favorite Friday blog hop, hosted by Somethingofthebook and totally something you want to be a part of. Click on the link and come join.

George Cooper (aka the King of Thieves) from The Song of the Lioness series, Tamora Pierce.

Give George a right-swipe if you like: a funny, deadly, cocky, ruthless, passionate, unscrupulous thief who isn’t afraid to poke The Lioness herself right in her sore spots.

Swipe right for: serious, dedicated, stubborn, disciplined, super powerful, loves animals, and only reveals his vulnerable silly side to one person. Be prepared for all kinds of magic you didn’t expect, with him.

Definitely swipe right. Malkom is seven feet of Demon/Vampire hybrid, incredibly strong, inhumanly fast, nearly unkillable, feeds on blood or food (so he’s versatile, which is cool), has a killer hunting instinct (okay . . . just a killer instinct in general), collects the head of his enemies, and has a super tortured past. Insert heart eyes here.

Lothaire Daciano (aka The Enemy of Old) from the Immortals After Dark, Kresley Cole

Date Lothaire if you like; cunning, opportunism, violence, retribution, power, forcing deadly immortals into debt to you, a lot of give and take, incredible strength, glowing red eyes, and incredible age (he’s thousands of years old), possible insanity, only the vaguest understanding of morality, extreme possessiveness, intelligence, and wit. 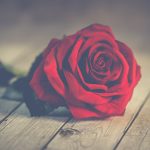 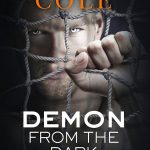 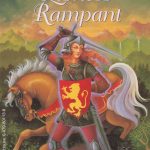 If you’re looking in a girlfriend direction instead, there are some fantastic choices in these same two series.

Alanna of Trebond (The Lioness, Champion of Tortall) from Song of the Lioness series, Tamora Pierce

Swipe right on Alanna if you like; STUBBORNNESS FOR DAYS, honestly she doesn’t know when to quit, give it up already, Alanna, and just freaking admit you like George. Serious fighting skills, a versatile mage gift, someone easily irritated, blunt honesty, a woman who could beat your ass in a joust, and occasional cross-dressing.

Pick Daine if you want; someone super low maintenance and incredibly powerful. The ability to speak with any animal (those critters are SALTY though, beware), intelligence, wit, a well-developed sense of humor, and knowing that any prank you play will be handed back tenfold most likely involving animals in a way you did not expect.

Alianne Cooper (aka the Spymaster) from the Trickster Duology, Tamora Pierce

Swipe right on Aly for: a tricky, convoluted, complex day full of spying and counter-espionage. Tricks, plots, and the ability to kill someone in many fun, inventive ways. THE BEST verbal sparring. Pranks that probably won’t kill you. Not immediately, anyway.

Carrow is the girlfriend for you if you enjoy: a wild child who can show you a really fun time, a rare three-caste witch with multiple abilities, a ruthless streak when it’s time to get things done, a tough exterior with a marshmallow center, and someone high maintenance who enjoys being given demon heads as courting gifts.

If you’re looking for someone incredibly resilient, adaptable, and strong, Ellie is your girl. She’s made it through some of the hardest times a human can and it developed her steel backbone into titanium. She’s super intelligent and can run circles around The Enemy of Old even though she’s a fraction of his age. She’s selfless, loyal, unpredictable, unafraid, and believes in the power of love.

Lothaire!!! Yes! Really any of the heroes in that series. Amazing!

Why we all love Lothaire when he’s such an ass, I don’t know! LOL. Unless Kresley Cole is JUST that good when it comes to characters.

I love this post so much! It really sounds like I need to pick up some Tamora Pierce asap 🙂

It’s YA fantasy, but really well done and not trope-y at all. She’s a fantastic author 🙂

Every time you mention George it makes me want to start my reread of the Lioness Quartet!! I love all the Pierce love on this post!

Adding to your re-read pile, LIKE A BOSS. lol