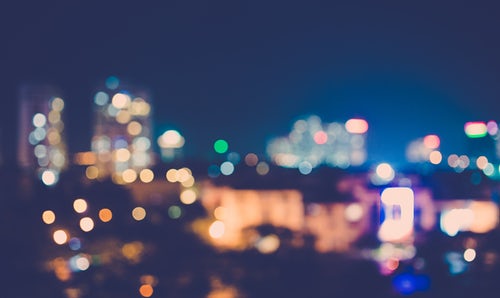 Today’s niche trope is all about choosing to love. To me, the decision to step up as a parent figure is the definition of heroic, because it hits close to my own personal experience. I have been a single mom and I have been lucky enough to find a second chance with the most amazing husband and stepfather in the entire world. He’s the best. No arguing. Also, he’s mine. But you can have these books which feature a love story between a biological parent and a parent by choice.

Obviously this is a VERY popular trope for authors to write, because I found a metric ton of books! So this post is extra long, just to warn you. If you skip straight to your favorite genre I won’t blame you a bit.

Let’s start out with some historical romance: Tempest with feisty mail-order stepmom Regan, and Captured with slave-trader destroying stepdad Dominic. Both by Beverly Jenkins

My Last Duchess by Eloisa James, where Hugo, Duke of Lindow, has to convince the lady Ophelia that he and his eight (EIGHT) children are a good choice for her. May the odds be ever in your favor, Hugo.

To Sir Phillip With Love by Julia Quinn, an epistolary romance that tackles some tough themes (depression, self harm) and has mostly believable children for Eloise to fall in love with, along with their father.

A Duke, The Lady, and A Baby by Vanessa Riley, where a mixed-race mother has to fight to be included in her own child’s life. Patience will literally do anything to be with her son, even get hired on as his nanny, and then she still has to deal with his appointed guardian, The Duke of Repington . . .

It Takes Two to Tumble by Cat Sebastian, pretty much a M/M retelling of The Sound of Music (favorite things and all) and if that doesn’t convince you to read it, I don’t know what will.

Her Protector’s Pleasure by Grace Callaway, in addition to being in every other trope list I’ve written (the grovel from the hero is EPIC), this one is also good for the step parent trope. But I can’t tell you why, because it’s a plot point. Just go read this one.

For paranormal/alien romance, we’ll start out with Hostage to Pleasure, the fifth book in Nalini Singh’s Psy-Changeling series. Evil scientists, kidnapping, torture, escape, revenge, true love, miracles. It’s not the Princess Bride, but it still has all of these things, plus a determined Mama Bear protecting her little one.

Angie’s Gladiator by Ruby Dixon, in which a cloned gladiator explores what it means to be free, and what it means is that he wants Angie and he wants to be a father to her unborn baby.

Paladin by Anna Hackett, features an emotionless cyborg gladiator who finds out he can absolutely catch feelings for a rescued human and her daughter. I particularly loved how precocious the daughter (Grace) is, she’s a super-intelligent budding chemist who constantly blows things up.

Rescued by Presley Hall is part of the excellent Kalixian Warriors series. The series is built around the Fated Mates trope, and in this one the fated mate happens to already have a daughter she’s been protecting alone for years.

Okay, the ENTIRE five book Treasured by the Alien series, by Honey Phillips and Bex McLynn, is about step parenting. Every single book. If you’re in the mood for some found family just go get the entire thing and binge it. You’re welcome in advance.

Deb and the Demon by Honey Phillips. Definitely read the content warnings before diving into this one (triggers: descriptions of previous sexual and physical assault) but the emotional, happy ending is worth it. Deb earned the sweet times she finally gets.

Grim by M.K. Eidem. I’ve recommended this one before and I still have to warn you that the book needed more editing. But if you can get past the slightly clunky writing it’s a great story and the world building is comprehensive. I can’t get over how treasured and valued females are, in this fictional universe.

Passion Surge (or Jumping Barrel ) by Cynthia Sax. In her overall pretty dark Cyborg Sizzle universe, these two are light, fluffy, feel-good books. Surge adores ‘newly manufactured offspring’ and has a dismal 0.000 chance of ever even holding one, until he finds a disabled ship drifting in space. Oh, my gosh, my heart. I couldn’t take the cuteness!

Untamed Hunger by Tiffany Roberts. Their Infinite City series is a solid four to five star one for me and this book was a fantastic addition. I love reading about Mama Bears who will do anything to protect their baby, what can I say?

The Alien Nanny for Christmas by Amanda Milo. Fricken’ adorable. Mitteeku’s bonding behavior will make much more sense if you’ve read other Rakhii books by Milo, but even without the background you can fall in love with the giant, precious, scary, nurturing, fire-breathing, devoted alien nanny.

Perhaps because she’s also lived through it herself, this trope is a particular favorite of Nora Roberts and she writes it well. Try: Gabriel’s Angel (snowbound, only one bed, forced proximity), The Gift (single father, cute twins, holiday magic), Suzanna’s Surrender (thriller/mystery elements, meddling matchmaking ghosts), The Pride of Jared MacKade (stripper single mother, lawyer stepfather), or The Heart of Devin MacKade (single mother leaving an abusive marriage, sheriff stepfather, lots of PINING). Every single one of these Nora Roberts is my comfort read and I’ve read them multiple times.

Informed Risk (hero literally rescues a single mom and her child from a burning house. SWOON) or Shelter Mountain if you’re more in the mood for Robyn Carr’s famous Virgin River series.

Rafe by Rebekah Witherspoon comes HIGHLY recommended by Romancelandia as the best male nanny book in the genre. The best.

Thirsty by Mia Hopkins has an ex-gang member trying hard to go straight and has a bit of surprise baby element.

Love Hard by Nalini Singh, with a single father rugby player desperately trying to pretend everything is situation normal and he’s not attracted to the girl with the wild reputation.

The Wilderness by Rosalind Abel, the eighth book in Abel’s Lavender Shores series. Reviewers recommended reading in order, so you might not want to jump right in, but this book features a slow burn romance between Will, who was left at the altar, and Andre, whose wife died a few years ago and is trying to raise his daughter alone. Some readers did not like Andre being textbook ‘gay for you but straight otherwise’, to warn you.

At the Stroke of Midnight by Tara Sivec, the first book in the super hilarious, very excellent Naughty Princess Club. It’s an overt homage to Cinderella, but with strippers and lap dancing. You will not regret it.