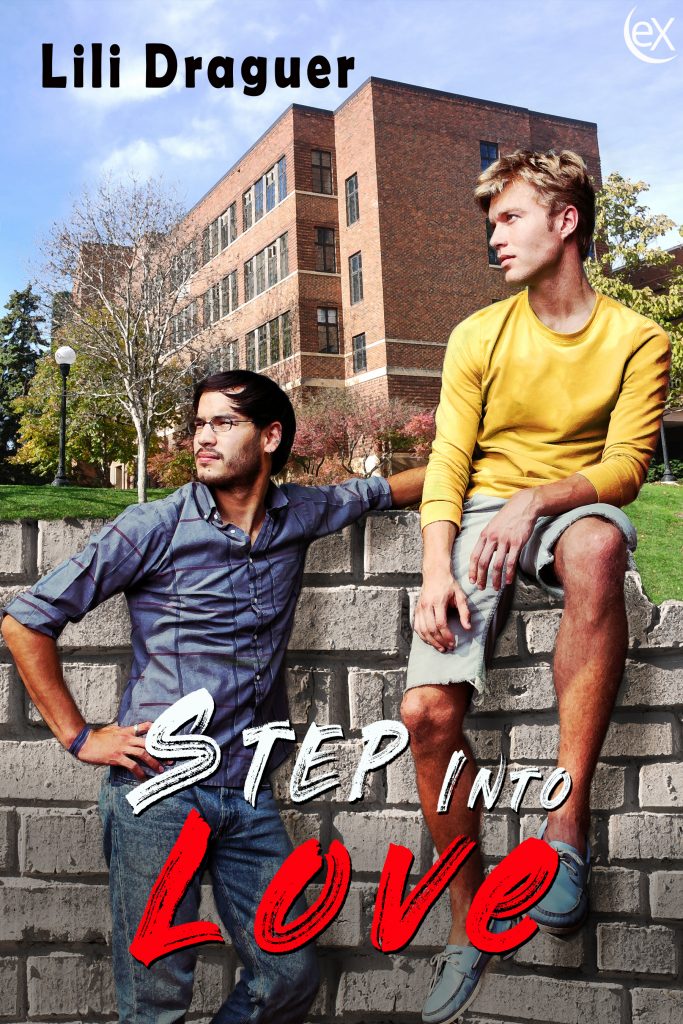 Colton Johnson has successfully buried the crazy attraction he feels for his younger stepbrother for so long, he can pretend he’s not attracted to Asher at all. Graduating and dealing with the daily chore that is his bipolar disorder are the only two things on his mind. Then Colton makes the impulsive decision to accept his stepmother’s invitation to visit. What Colton doesn’t know is that Asher has been making plans.

With boundless enthusiasm, good looks, and endless amounts of persistence Asher Miller usually gets what he wants. The one plan that hasn’t worked out for him is falling in love. He never thought his off limits, damaged, hot-as-sin stepbrother would be the one to catch his heart. For years Asher has squashed down his forbidden desire but now he’s eighteen, he’s following Colton’s footsteps to college…and all bets are off. It’s time to take the steps that will seduce Colton into love.

This was a good short read. The thing is though it is not an erotic read. It is a book with depth to it and a serious subject matter that real life people have to deal with. One of the main characters has bipolar disorder. He has the ups and downs that someone with this disorder may have. For Colton (the main character) he lets his bipolar disorder almost ruin his chance at happiness. This is something that I have seen in real life. This disorder is not an easy illness to have to deal with. When the medicine that will help to stabilize someone with this illness is found, that does not mean it will always work. And if a dose is forgotten, then the person who has this illness can feel an extreme low. Colton knows all to well about this. He lives with it daily . . . .

. . . . This was a great read. I really love reading books that are considered taboo. This is considered one because Colton and Asher used to be stepbrothers. Regardless love is love in my opinion and these two are not blood related. I love how Lili made this about more than just the taboo as well. This was a great read and I hope there will be more books in this series in the future.

After the successful debut novel Big Mistake (Taboo Love #1), the author takes us in another taboo love story. This time is about a gay love but this isn’t so taboo nowadays, is it? Colton and Asher were once stepbrothers and this could be looked at controversial and a big barrier for any further possible intimate relationship. Colton’s father was married to Asher’s mother. Now, luckily for everyone, their parents are divorced.
Asher is a few years younger than Cole and little did they know that secretly they both developed strong feelings for each other. After Asher turned 18 and during Cole’s visit, things evolve. Here starts the spicy part. The truth is spoken. But first Cole needs time to look at Asher as not being related, hence no barriers for their love. On top of that, as he has bipolar disorder, his love for Asher is so strong that he believes that he is too damaged and incapable offering Asher what he really deserves. Asher is so sweet in his determination to be with Colton and forever by his side not only offering love but helping him with his disorder too. The most intriguing and intense part for me was the confrontation between Cole and his father, Chris. While Chris never wanted to accept his son’s diagnose for being accurate, the same he thinks that being gay isn’t normal and it’s all an illusion. Unfortunately, some people are still narrow-minded.
The author promises a happy ending and doesn’t disappoint. I encourage you to discover on your own all the details including the hot steamy ones. Once again I was impressed with Lili’s writing craft.

Type of reader: Any fan of qualitative M/M (not exclusively) fiction. Age 18+.