In the grand tradition of December, let’s do some wrapping up. Wrap some presents. Wrap-up your holiday shopping. Write lots of wrap-up lists. Wrap-up small, misbehaving children Krampus style to mail to . . . haha . . . ooops. Don’t do that. Got carried away there.

But seriously kids, I’m watching you. The tip of Argentina is always a postal-service option. BEHAVE.

ANYWAY. We were doing a grand book wrap-up for the year 2018. Let’s get down to business.

In my defense, I was left unsupervised. Writing this as of 8 December, so the chance that number will edge up to 200 by the first day of 2019 is quite high.

I did not count my re-reads. But I know I re-read a bunch of books #becauseofbookstagram. Taking the photos for my feed is deadly because I end up really wanting to read all of the old favorites I’m photographing and my TBR is over in the corner eying me like:

Genre I Read The Most From: Romance!

Gif from Disney’s The Princess & The Frog. You’re welcome.

The Hating Game by Sally Thorne (GO READ IT SERIOUSLY DO IT), A Man Called Ove by Fredrik Backman, and Dustwalker by Tiffany Roberts. 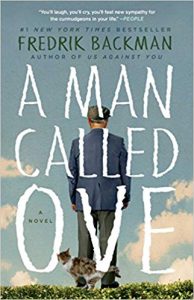 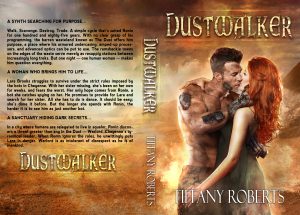 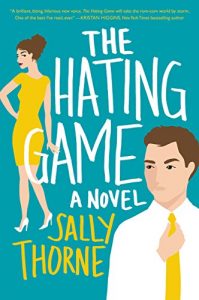 Favourite new author I discovered in 2018:

Husband and wife writing duo Tiffany Roberts. SUPER sexy sci-fi and fantasy, with the loveliest message of trust and acceptance and fighting through differences to find love. No, guys, they write sexy heroes with tentacles. Tentacles, guys. I didn’t believe it either, but I am now a convert for sexy cephalopod heroes. If there’s one thing I want you to know it’s that alien smut is the best smut.

Book I can’t believe I waited until 2018 to finally read:

The Hating Game. I mean, what was I doing with my time before I met Joshua and Lucy?

OTP of the year:

Inej and Kaz from Six of Crows/Crooked Kingdom. THIS WILL HAPPEN I don’t care what anyone says. Kaz is going to get over his issues. Inej will trust him. They are going to sail happily off into the sunset on Inej’s boat, pirating and scheming and marauding and killing slavers together in terrible ways as an expression of their happily ever after, FIGHT ME ON THIS, I DARE YOU.

Book that was the most fun to read:

The Illuminae files trilogy by Jay Kristoff and Amy Kaufmann. I was twisting the book upside-down and sideways and squinting and then slamming it shut to curse AIDAN and wrenching it back open to find out what happened next and my heart was racing at unhealthy speeds and basically it was the most fun ever.

Book that I wanted to throw against the wall the hardest:

The Sea King by C.L. Wilson. The heroine drove me up the freaking wall with her faux problem creation and denials. The hero’s entire civilization had, literally, spend thousands of years wishing and searching for her exact magical gifts and knew everything she could possibly need to know about how to control them if she would only ask them but she spent the entire book whining about how her powers were too powerful and no one could ever understand her and they all had to leave her alone for their own good and no you can’t love me I am unlovable because powers. Just . . .

Then there was a serious trigger issue about 3/4 of the way in that pretty much ruined the entire book. Big fat sexual assault NOPE. I didn’t buy the treatment of it at all and spent every second of the rushed finale hate-reading because I was too close to the end to just quit. Never again.

Book that stomped all over every emotion ever:

A Thousand Perfect Notes by C.G. Drews (who you probably know as PaperFury) The things she put her main character, Beck, through. *sobs* I wanted to immediately fly down to Australia and find my Beck, wrap him in bubble wrap, get him and his tiny sister the heck out of there, and maybe incidentally murder Maestro on the way out the door. *sobs harder* *but in a menacing way*

“You see, a man’s… ahem… is shaped differently from a woman’s…” Mama fluttered her hand. “… whatsit. And in the marital bed, he will wish to place his…” More hand fluttering. “… inside yours.”
“His ahem goes in my whatsit.”
“In so many words. Yes.” –Do You Want to Start a Scandal, Tessa Dare

“He’d swiftly collected those monsters’ heads, tying them together with a piece of the rope she’d hoped never to see again, then strung them over his shoulder. Periodically, he offered his catch to her.
“No, no, I have a pair just like them at home,” she said. “I would just regift them.”–Demon From the Dark, Kresley Cole

“Does a thing have to be flesh and blood to be alive?” he asked, voice low and brimming with anger. “Do humans own that term, that they get to define it? I think, I reason, I react to the world around me. I question what I know and see, and I wonder what the future might bring, though I know it won’t likely be different than the past. I hope!” His voice dwindled, becoming something raw. “I yearn.”–Dustwalker, Tiffany Roberts

Oh man. I need to re-read some Kresley Cole. I miss those guys.

You do! May Munro’s story come soon! haha

I love this whole thing! You had such a great reading year. I mean, Hating Game. It set the bar impossibly high for all hate/love/office romances – I’m still chasing the next book I love as much. Cheers to 2018, and may we find books we love even more in 2019! 🙂

I have such high hopes for 99 Percent Mine! I’m trying so hard not to, poor Sally Thorne, she has huge expectations on her shoulders. But I really can’t help it.