Magic and Mayhem and Friday Favorites

HomeMagic and Mayhem and Friday Favorites 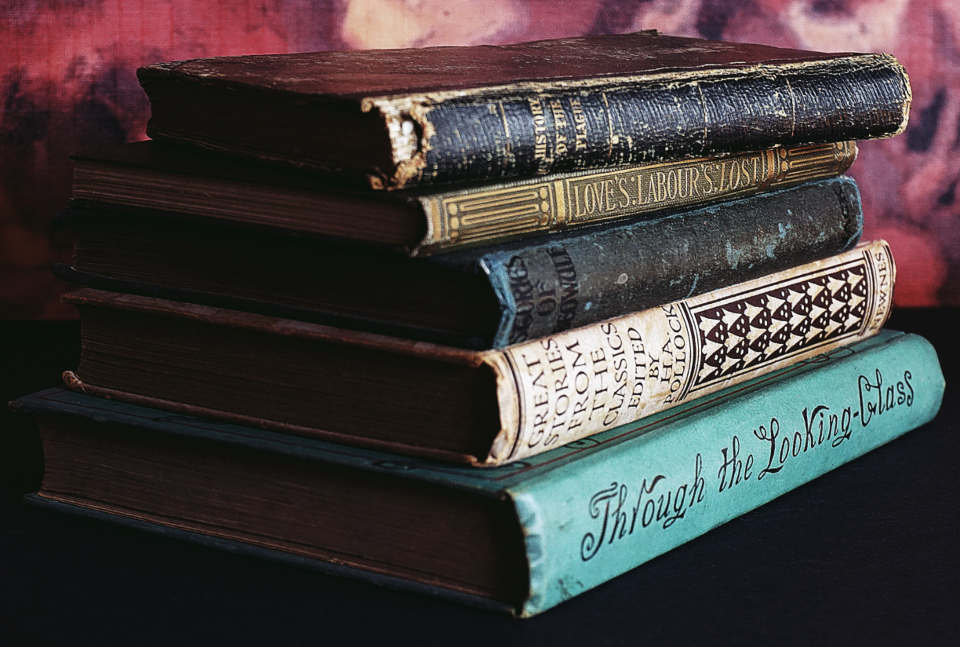 Friday Favorites was created by the wonderful Kibby from www.somethingofthebook.com

I had to do it. Had to. Shia in a porn-stache and unicorn shirt will never not be perfect for this post.

I’ll go ahead and lead off with my very favorite magic system, which is wands. Current diversity criticism aside, we can’t deny that JK Rowling can worldbuild with the BEST of them. Her lore about wands is one of the better examples from the Harry Potter series and I can’t get enough of the little details. Not in a creepy Mr. Ollivander way, just an interested Muggle way.

Also, the chance to duel with another witch or wizard and shout “I’M POINTING MY WAND AT YOU AS HARD AS I CAN” would make everything in my life worth it to have that moment.

Supernatural with a Family Twist, Nora Roberts, The Calhoun Sisters

I don’t know if this counts as a magic system but you know what, my blog my rules. So, ghostly magical matchmakers.

The Calhoun sisters live in their crazy old falling-down family mansion with a super fascinating history, on the coast of Maine. Their great grandfather made millions in the early 1900s and spent it on looking as rich as possible, while treating everyone around him (including their great grandmother) like tools to make him look even richer. Great Grandma Bianca may have had a lover. She died in mysterious circumstances, which her possessive, jealous husband claimed to know nothing about (yeah right, dude) and she seems to be watching out for her descendants . . .

The touch of family tragedy in the ghost story which plays out through all the books is what really does it for me. Great grandmas make the most benevolent supernatural forces. 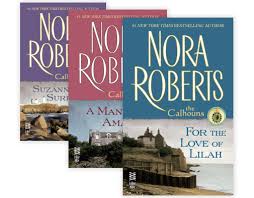 You thought I’d go a whole post without some Circle of Friendship™ didn’t you?

One of the best parts of this series is the way the magic works. There are elemental mages, who are attuned to/can work with one of the elements. But it goes much farther than just being able to control “water” or “fire”. These elemental mages have a particular talent and express their inborn power through the objects they create.

Spinning or weaving mages can make you a cloak of invisibility. Weather mages can (somewhat) control the elements, although nature is MEAN. Metal mages can craft anything out of metal, carve or shape a spell into the work as they forge it. Plant mages grow, but also heal or kill with their plants. And one of the conflicts in this series is between the elemental mages, who are born with this affinity for some sort of physical working, and the more typical mages who work their will through carefully structured sets of patterns or written symbols they learned in school. It’s just fascinating and I’m constantly jealous of Pierce’s world building skills. 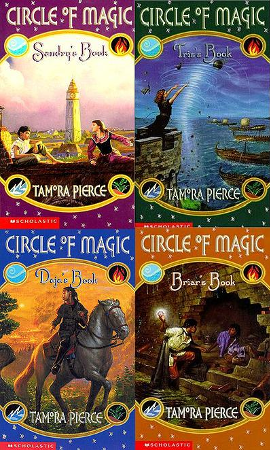 If I had to pick just one kind of magic to be able to do myself?

. . . I’d be the benevolent family ghost in a heartbeat. Can you imagine how much fun it would be to mess with your poor descendants for generations? And if I somehow had ghostly magic knowledge about their perfect partner in life, yeah, you bet I would use the HELL out of that ability. Bringing happily ever afters, from beyond the grave. Yes, please.

I do love Nora though I read her as Robb and not so much on the magical front just the futuristic front. lol

Whereas I’ve never read a JD Robb book! LOL I’m sure they’re good, I’m just not sure I want to begin a series that’s already, what, 50 books long? Yikes.

That is one of my all time favorite gifs. I use it pretty much any time I want to respond “magic” in chat with my buds. The moustachio, the shirt, it’s all just perfection.

My parents planned a special trip after Wizarding World opened. My mom got me every single book and still does. My dad took me to every movie and still does that, too. It was a huge deal to my dad to take me to get my first wand. While I treasure it greatly, I have DEFINITELY had to reparo the tip (ahem, super glue) because I may or may not have tried to use it to clean my house with magic. It’s probably best it didn’t work because I have a feeling I’m a real Seamus. *boom*

Everything about that is just perfect. Parents who come on the journey with us are the best! My mom knows I’m a Hufflepuff and tries to get me Hufflepuff merchandise as presents and I love it so much.

IF ONLY wands worked to clean house. If only. Sigh.