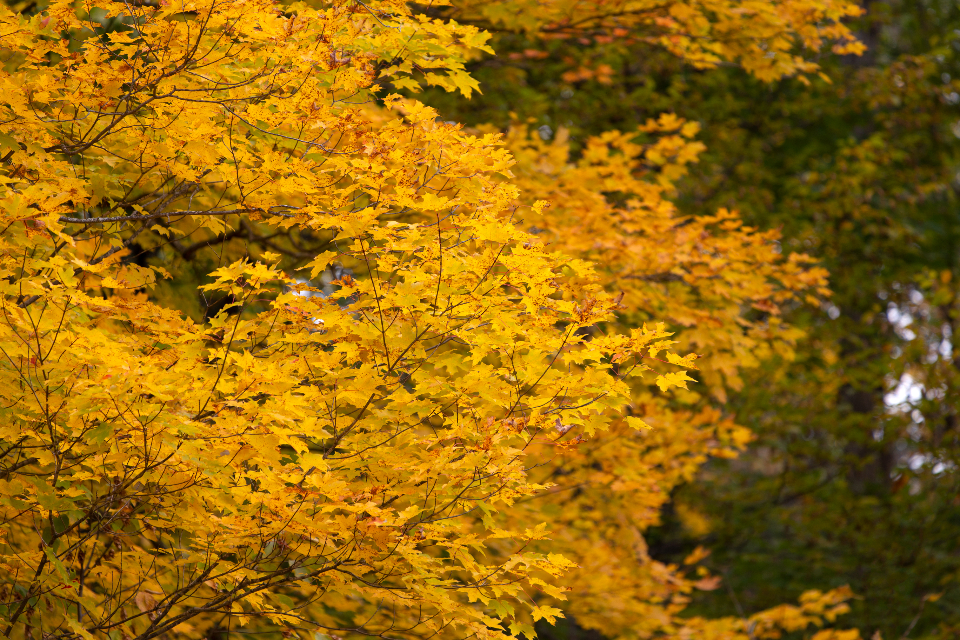 Matilda inspires me to believe that my habit of disappearing into my room for hours at a time to read and emerging only after my family has forgotten I exist is a worthy, nay, even noble life decision.

As a fellow socially awkward introvert, Mr. Darcy is honestly my #partygoals. We can triumph over large groups, we can survive a village assembly with resting bitch face intact, and we can become enduring romantic literary heroes with a name like ‘Fitzwilliam’. Anything is possible.

When her fiancé turns out to have some hidden issues along with his controlling tendencies, Jane packs up her dignity and nopes right the fuck out. To disappear, as a person with a uterus, with zero funds, in 1847 England and not starve to death unremarked on the side of the road takes some serious grit and courage and I salute her for it.

Luna reminds me that it’s possible to pick yourself up over and over after life smacks you down, to live on your own terms marching to your own made-up song (wearing your Spectrespecs), and waste not even a second of thought on other people’s opinions. #LifeGoals

Mark motivates me to remember there is always, always some sort of answer, even if it seems unusual at first take. Also, that sarcasm is never out of place. Even when you’re stranded billions of miles away from any other humans who might hear it.

Nanny is relentlessly cheerful, wonderfully crude, continually prepared for a free drink, always ready with a double entendre, and has zero judgement to pass on anyone. And she knows all the words to ‘The Hedgehog Can Never be Buggered’. All of us could use a little more Nanny in our daily personality, is what I’m saying. 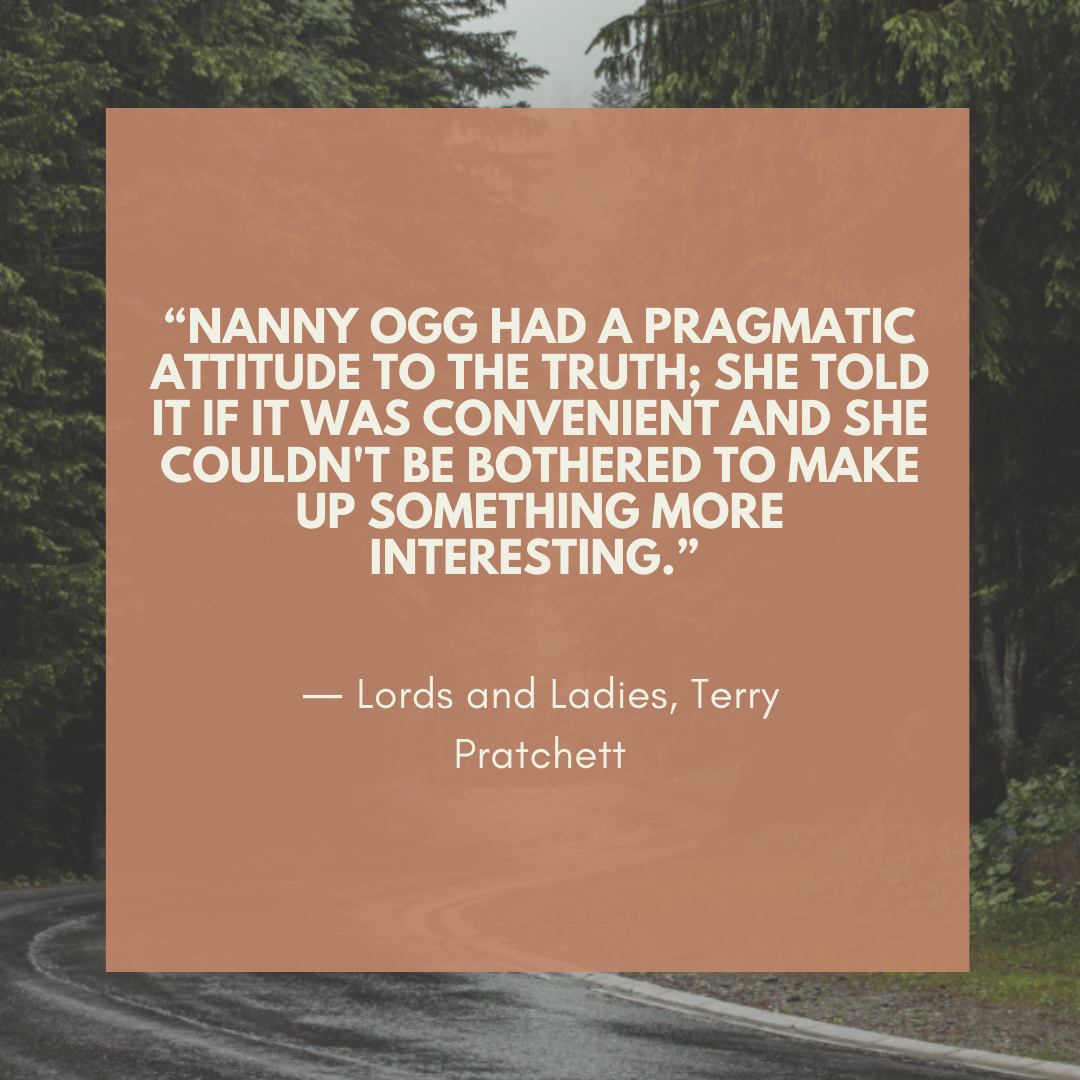 Because Mr. Groat is a man who walks in where physicians fear to tread. Mostly because of the explosion risk. He creates his own natural health regimen and amazingly somehow survives it. Tolliver gives me an amazing amount of hope that I, too, can survive off of sweetened tea, good intentions, and pure spite. He may be the most inspiring person on this list. 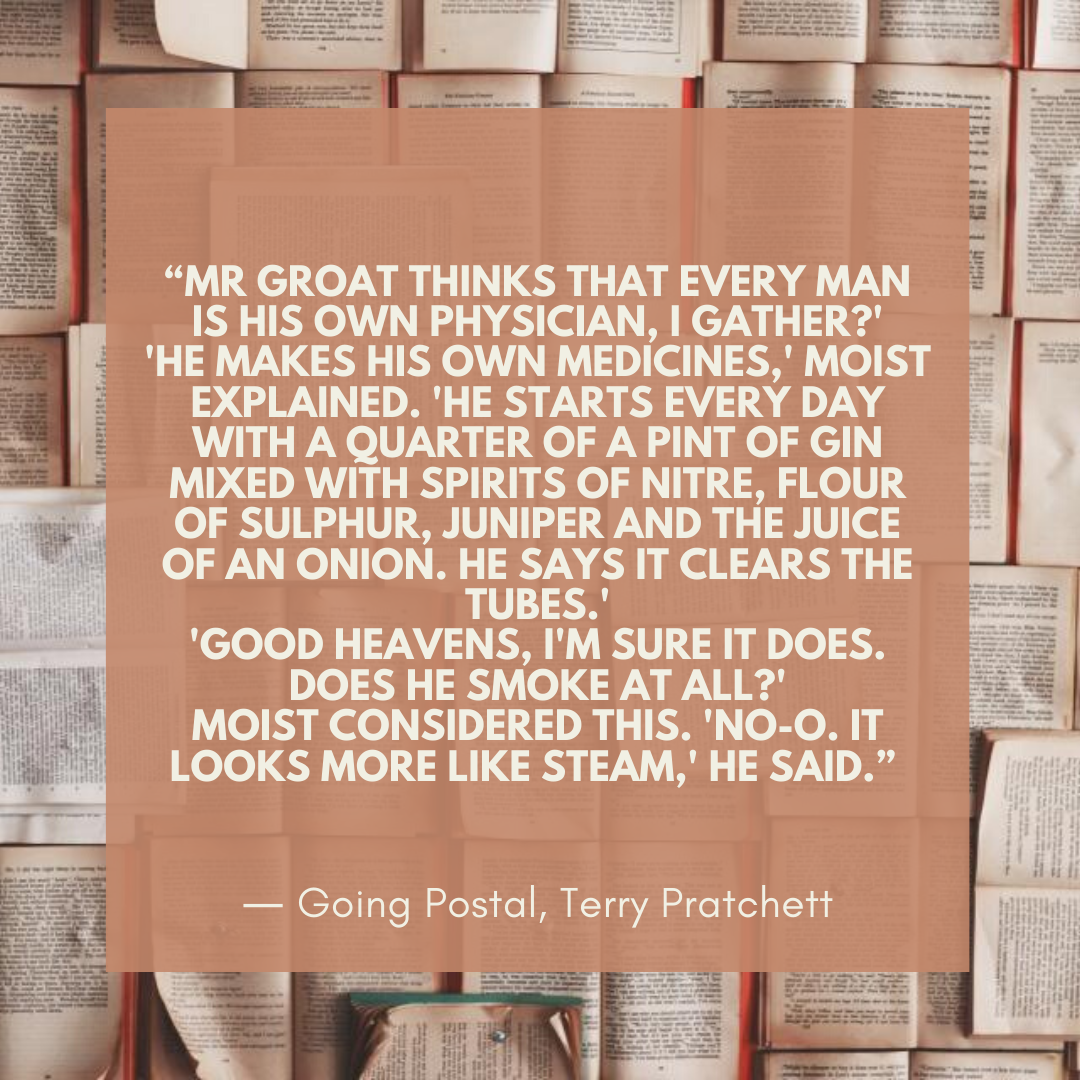