No Filter in Your Author Toolbox

HomeNo Filter in Your Author Toolbox 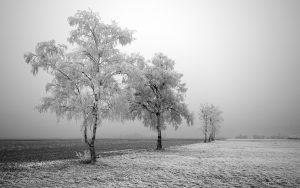 Seriously, a great post, S.E. I absolutely hate the word “that”! And I have trouble with adverbs. Can you tell? And dang, if those thoughts and seems don’t sneak up on me. All best to you!

Thank you! And thanks for stopping by 🙂

“Tunnel of everlasting rejection that was 2017.“ I nearly fell out of my chair. I`ve spent a lot of time trying to get rid of all these things from my writing, and then ended up ending a fair amount back in. I think it`s a hard lesson we have to learn and then unlearn a little, just to get our writing to a place that`s a little more natural, or at least that`s what I found for my writing, that the more rules I followed, the more stilted things were sounding.

So true. That should be another warning for new writers: follow all the rules, except don’t, because then it starts reading as obvious that you were following a bunch of rules. There is no good way to win here! Haha. Just a lot of work.

These are all things I pick up and correct when I’m editing. But imagine how much faster (and therefore cheaper) editing would be if the author had already killed all the filter words!

That’s the hope! Definitely one of my hopes.

Those filter words. That passive voice. Always my bane on the first pass of edits, regardless of how much I think I’ve cleaned them out.

I like to pretend I’m a cool bounty hunter with, like, a bow and arrows. Stalking, hunting and slaying my filter words and repetitive overuses in some deep, murky thicket of words. Yes, it’s very strange, but it makes me feel better about editing. LOL

I hadn’t heard about filter words before. I’ll be sure to keep an eye out for those in my own writing. 🙂

I’ve found a lot of really useful articles about them and I rely heavily on those while I edit. Good luck!

Wow! Wow! Wow! This is so in the weeds kind of information. Thank you. Not sure how I feel about it, but it’s good to know!! 🙂

Eh, if you’re at all unsure feel free to ignore all of it. I like to think of writing advice as a buffet option and we all fill our plates differently.

I was wondering (oops, hehehe) about the adverb. Some authors add them with the precision of a knife’s blade. They deepen the meaning to such a point that they are the perfect addition to any prose. I’ve always admired the ability to do that and on some braver occasions copy their example.

I do love it when an author is able to do that! For all his avowed dislike of adverbs, Stephen King is very good at adding them in the punchiest, unexpected way. I admire that ability too!

Thanks for this list of good reminders! Cutting these things definitely can help keep the excitement in the narrative up. And as you say in your caveat, sometimes these no-nos are what is needed for a particular effect, so maybe a balance of considering whether that filter word is doing an important job or not could help? Thanks for posting and sharing!!
Jimmy

Sometimes it feels like we have to inspect each and every word, individually, to decide whether or not they’re doing the job correctly. At this point I usually take a break from revising, though! Ha

I feel like every new writer needs to read this. One of the most helpful tip I picked up when I first started to write seriously was ditching the filter words. To this day, I have a note in my Editing folder to remember to remove as many of these words as possible: Suddenly, then, if, like, very/really, started to, that, in order to…
Hopefully I have the strength to do that when it comes to editing. I do enjoy the word “very”. Very much.
Great post as always!

Thank you! And I hadn’t heard about if, like, or very/really. Although reading them, it makes a lot of sense to leave them out! Now I need to add to my own editing folder (which, to be honest, is a sheet of notepaper tacked above my computer, lol).

Great post! And yes, the eXtasy staff do a great job making sure the writing is tight. TY for sharing. I enjoyed what you had to say.

They really do. It’s been instructive! Thanks for stopping by 🙂

That is a tough one for me. I agree that a ton of instances can be deleted. But I write in first person, which seems to add to the use of ‘that’ in my novels. (I notice when I write in 3rd person I don’t use the word ‘that’ as much) I have a list of words I overuse. In my first round of self-editing, I highlight them all and see how many I can eliminate. It’s a challenge – that’s for sure (Extra that added just for fun)

Haha, yes! There are a few words I seem to be welded to and I have to search and destroy the little boogers every time.

A useful reminder, although it is intriguing to think about what so man best-selling authors get away with 🙂

It really is intriguing! I’ll read an advice article and then it seems like the next book I pick up ignores everything about that article entirely, haha.

Great tips 🙂 I just finished a book which used ‘felt’ so often it ruined the immersion, which was a shame as the story had a lot of potential!
It’s strange how in some stories I notice the filter words, like the adverbs in Good Omens, but in others, like Harry Potter, I didn’t! You really can get away with it if the audience likes the story enough 🙂

PS: I adore the squirrel gif 😀

I sat and laughed at the squirrel gif for a good five minutes. Finding fun gifs is the best part of writing a post, if I’m honest.